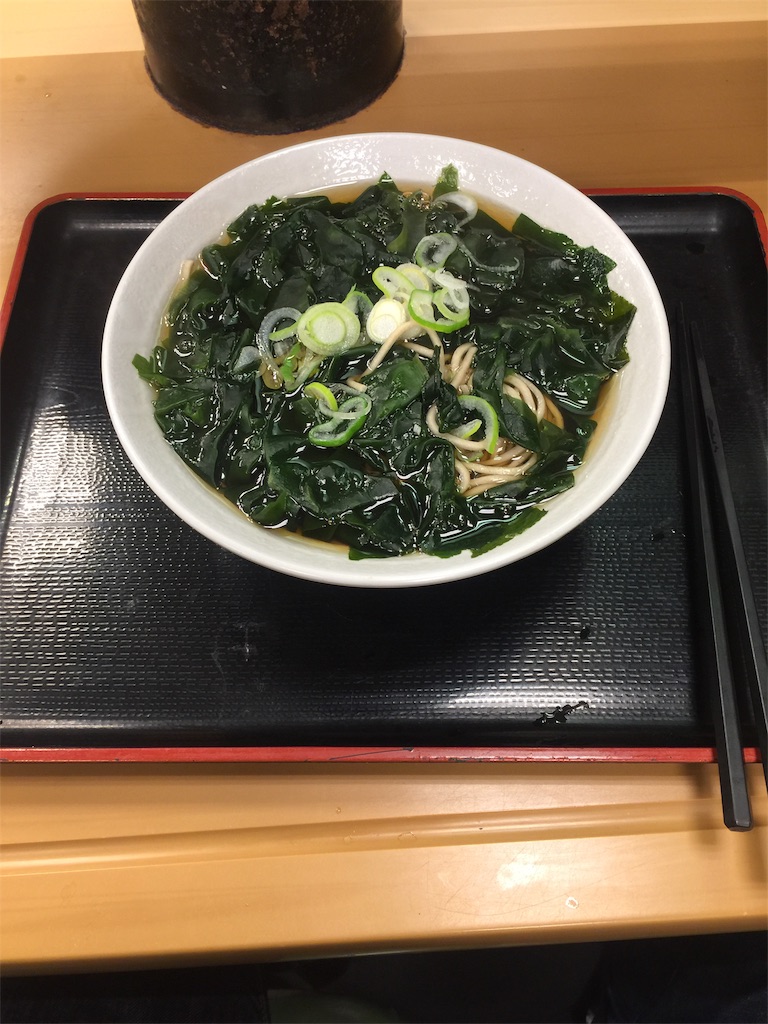 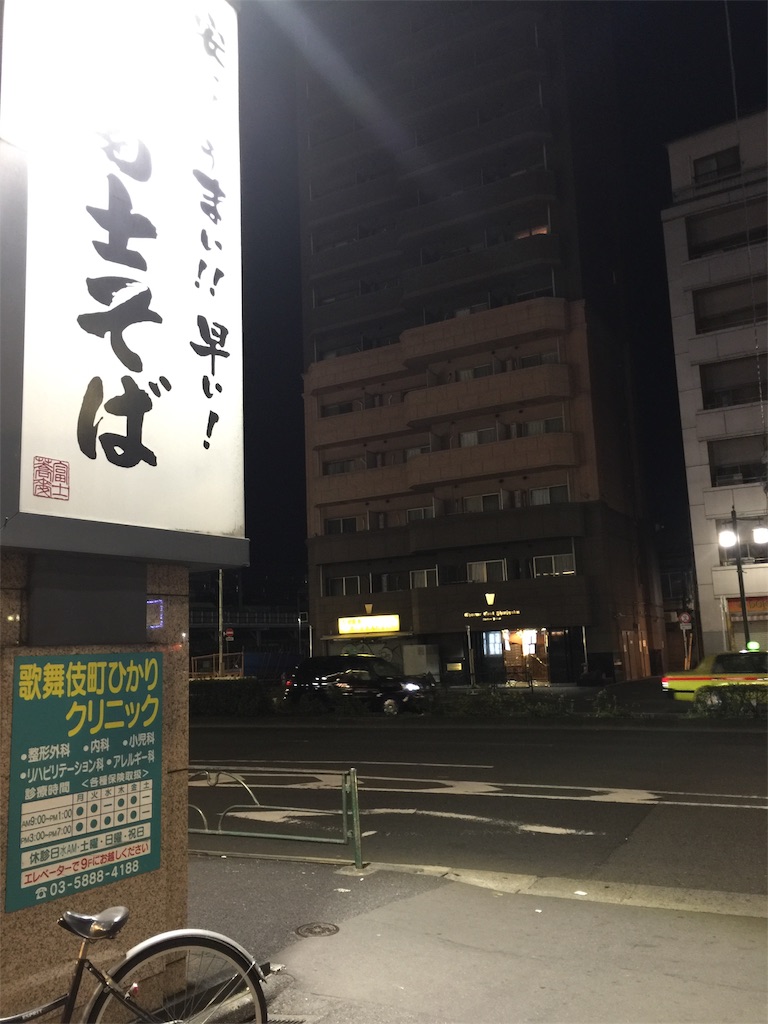 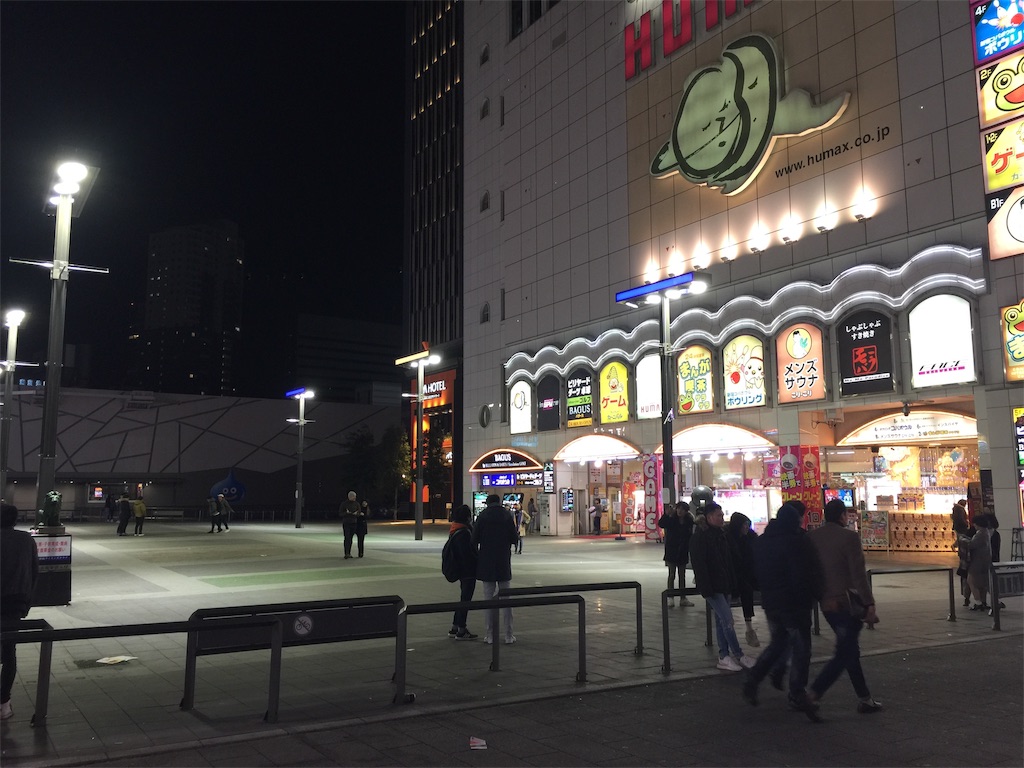 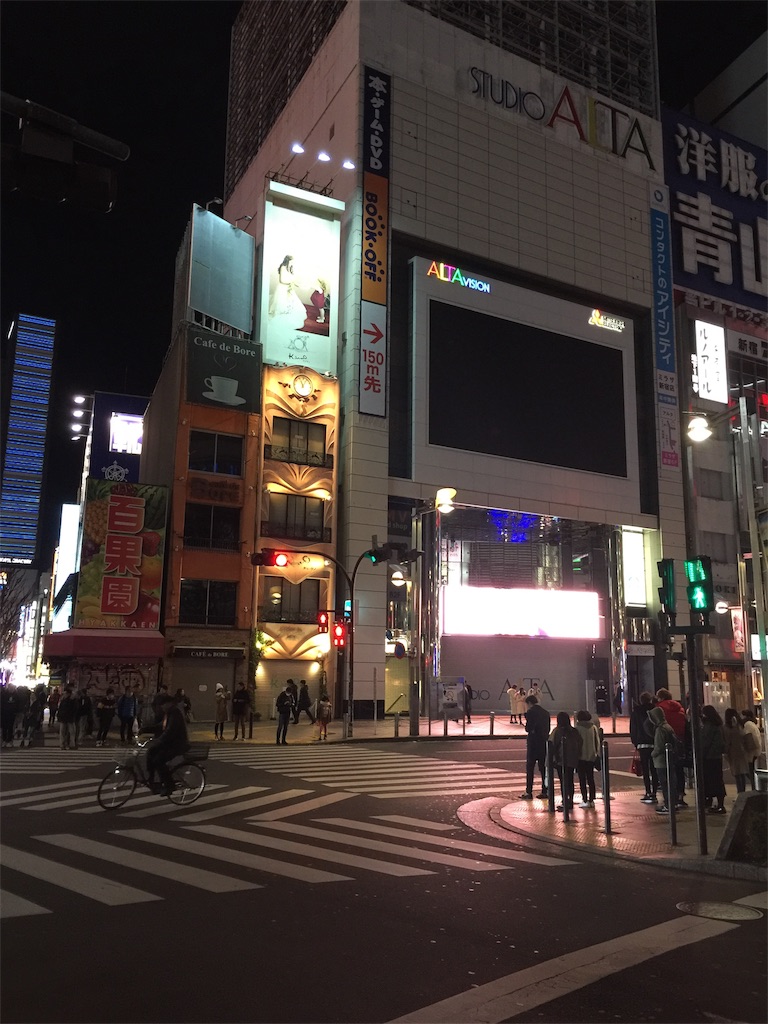 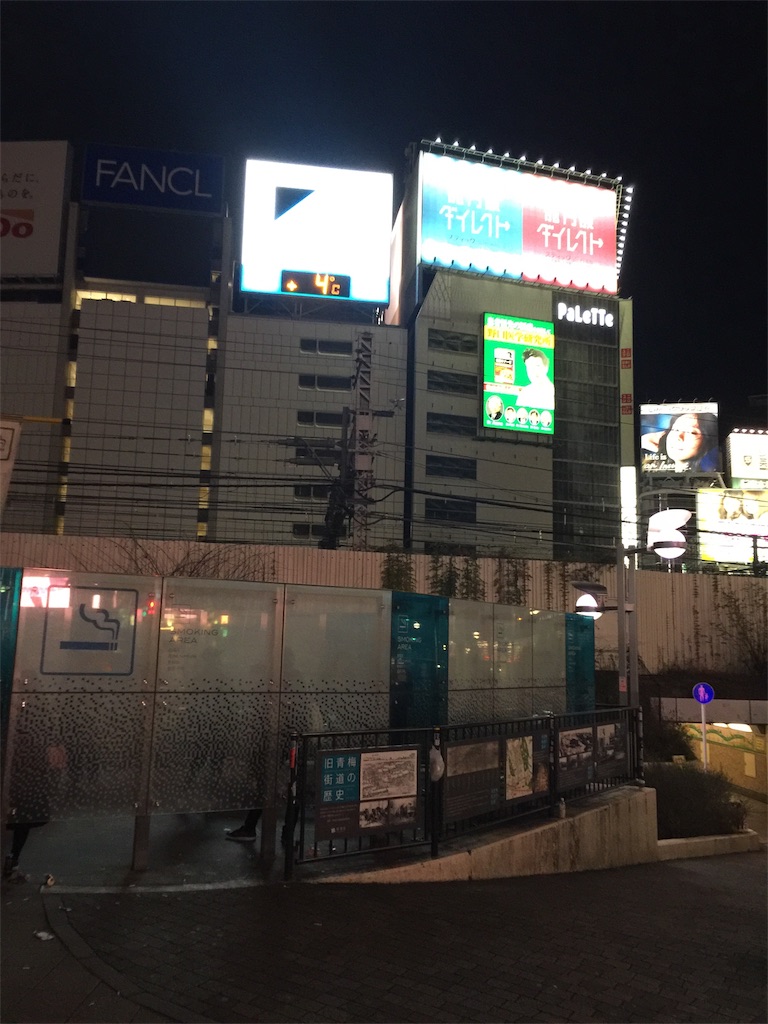 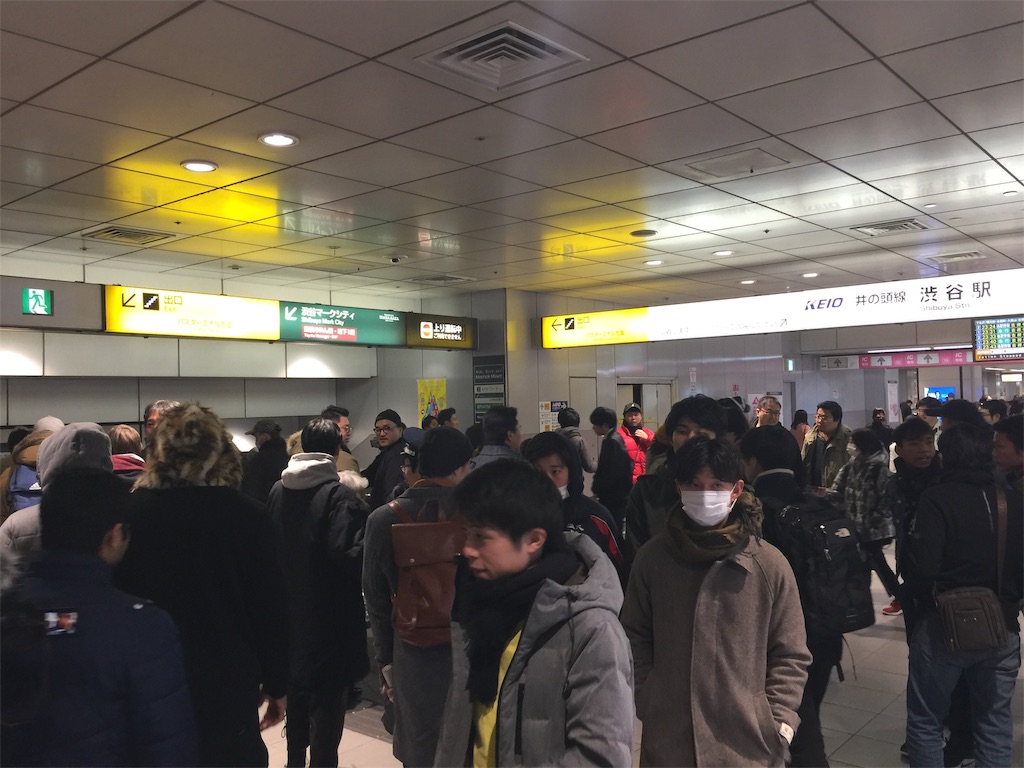 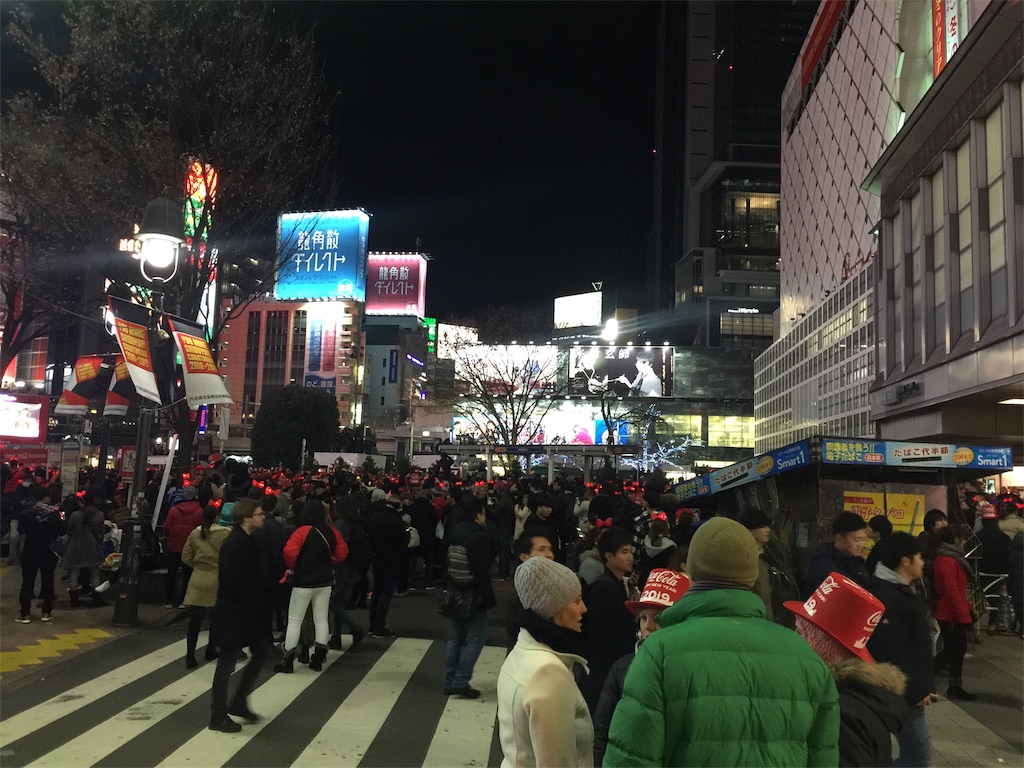 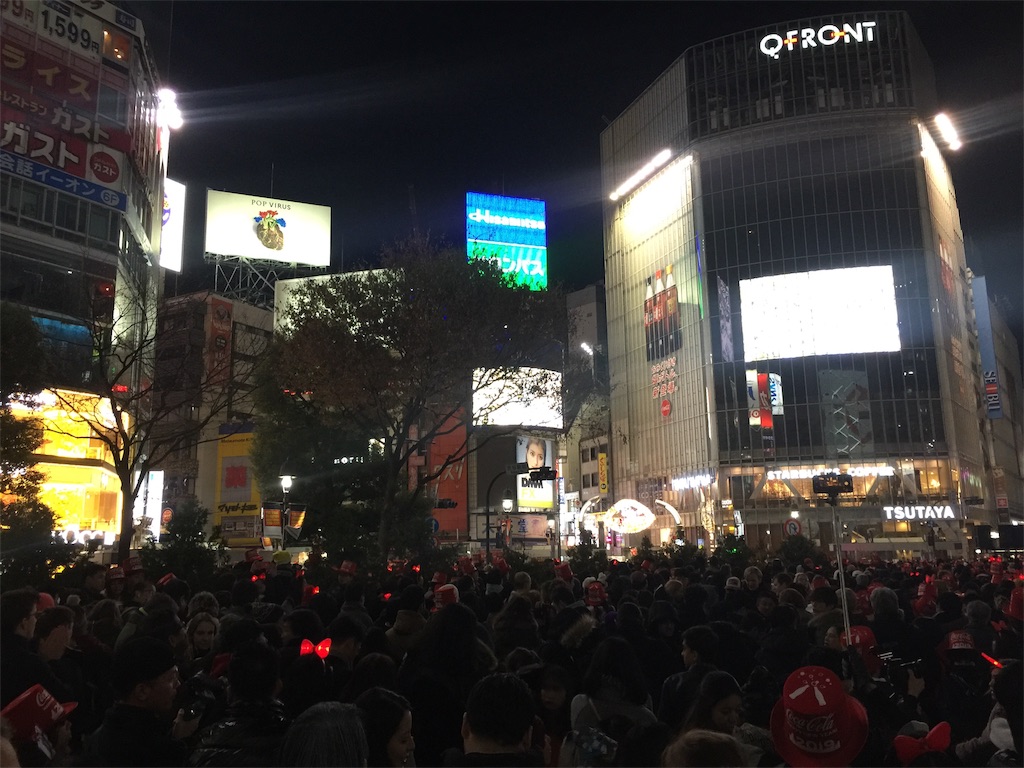 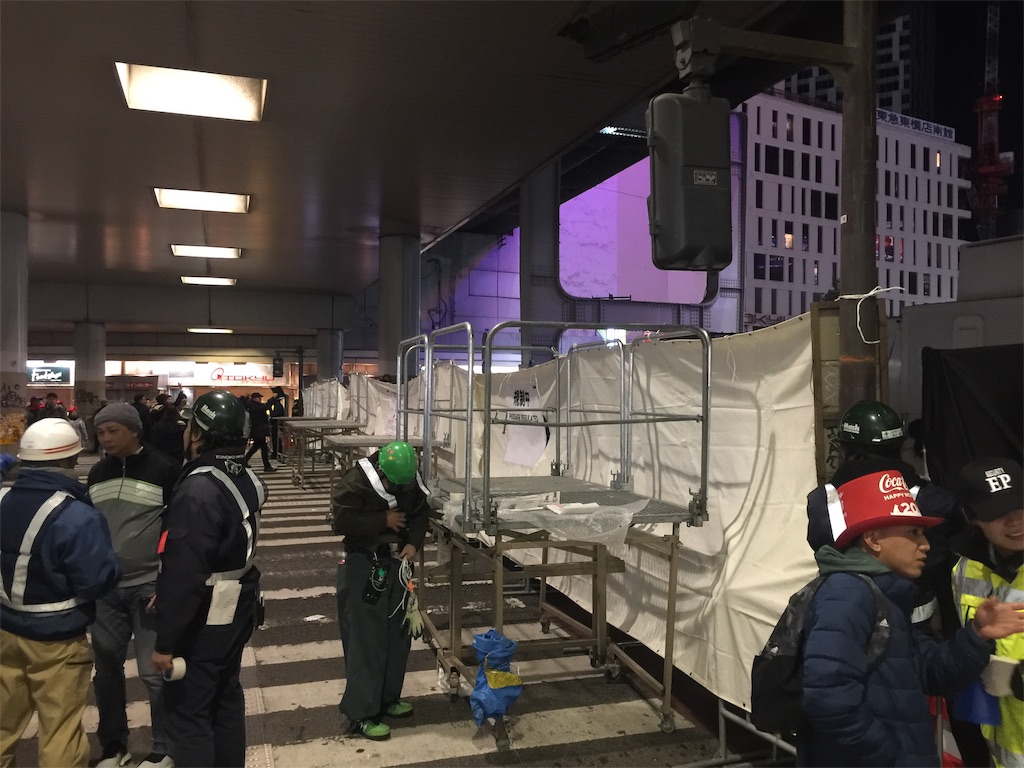 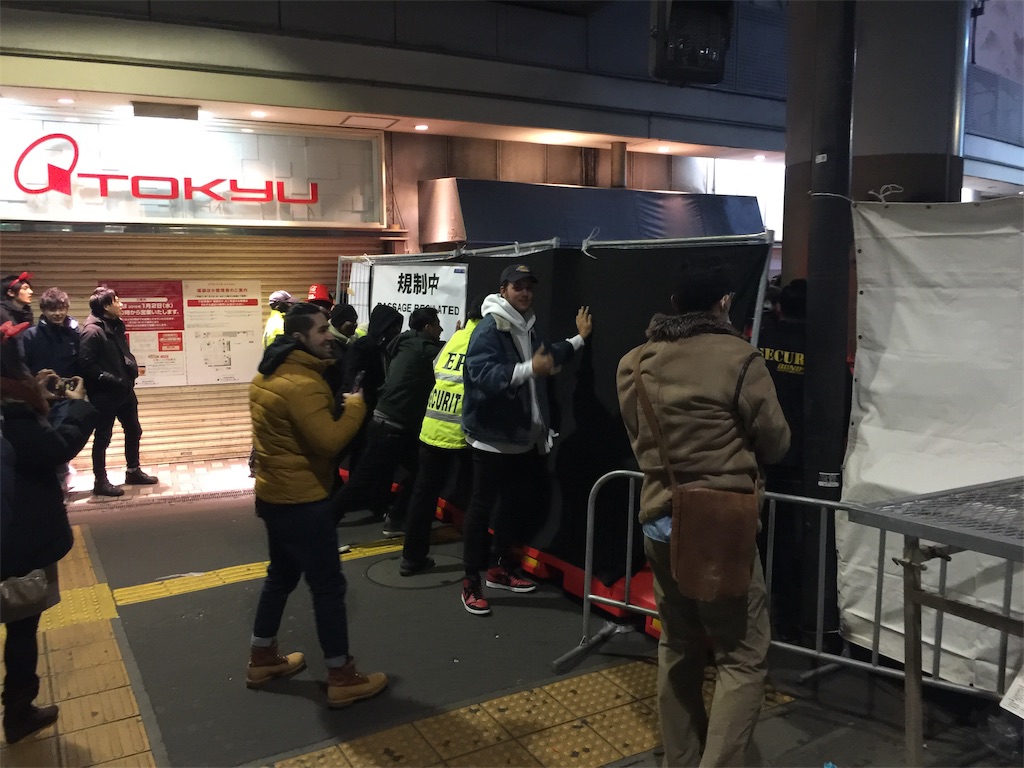 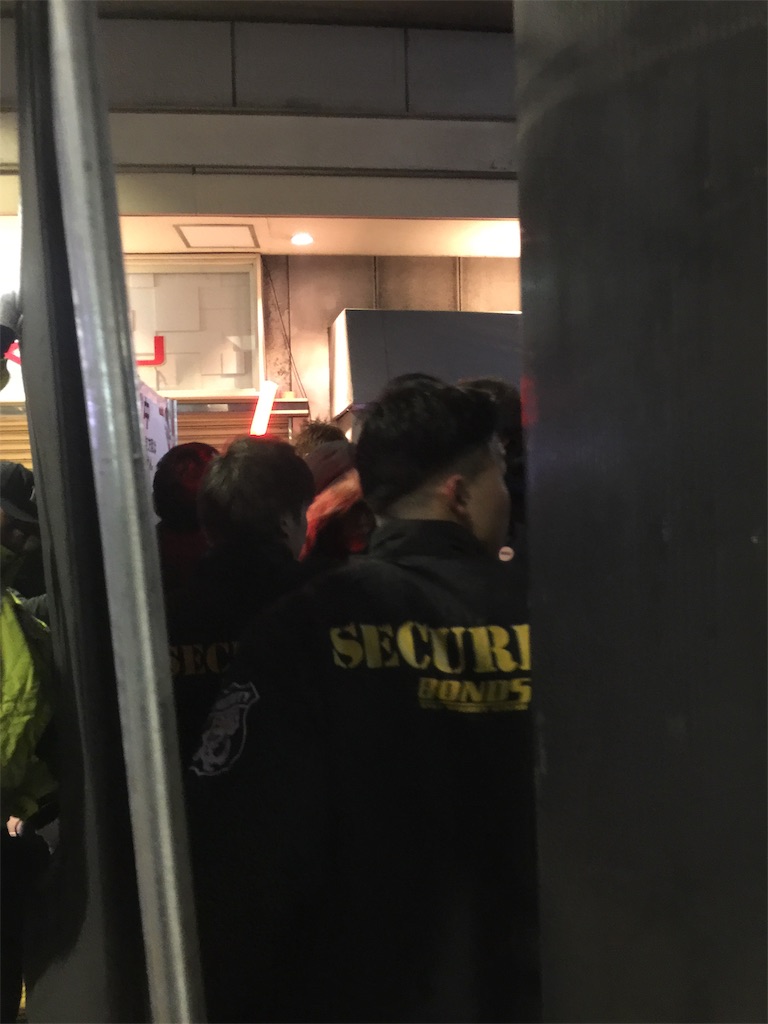 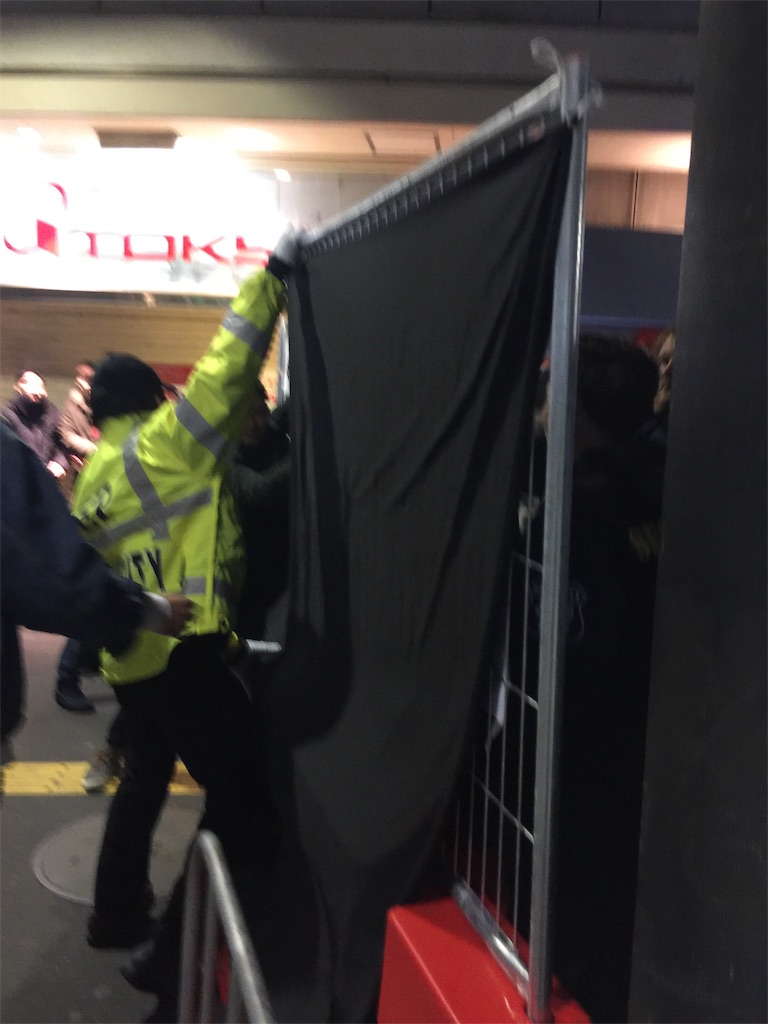 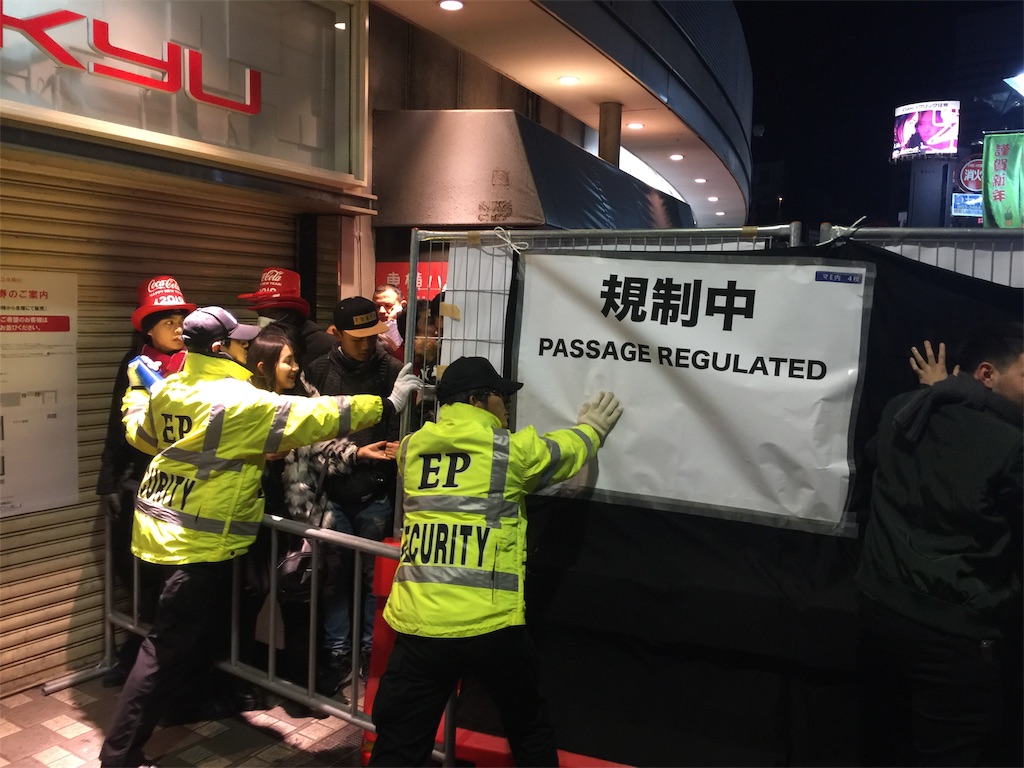 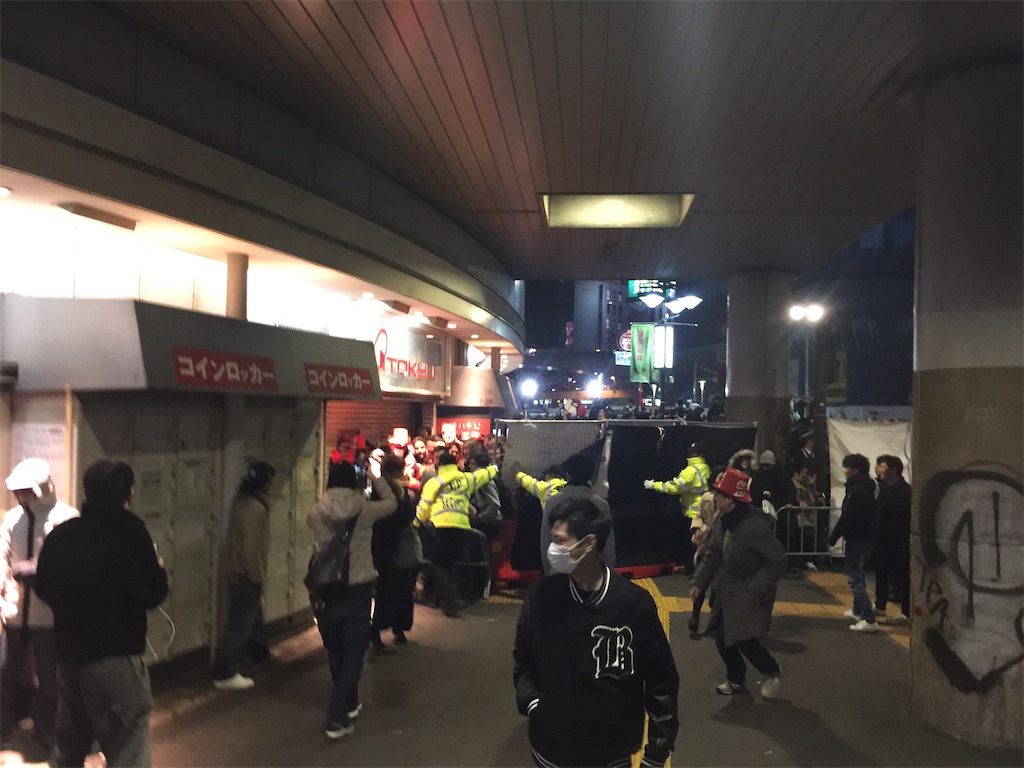 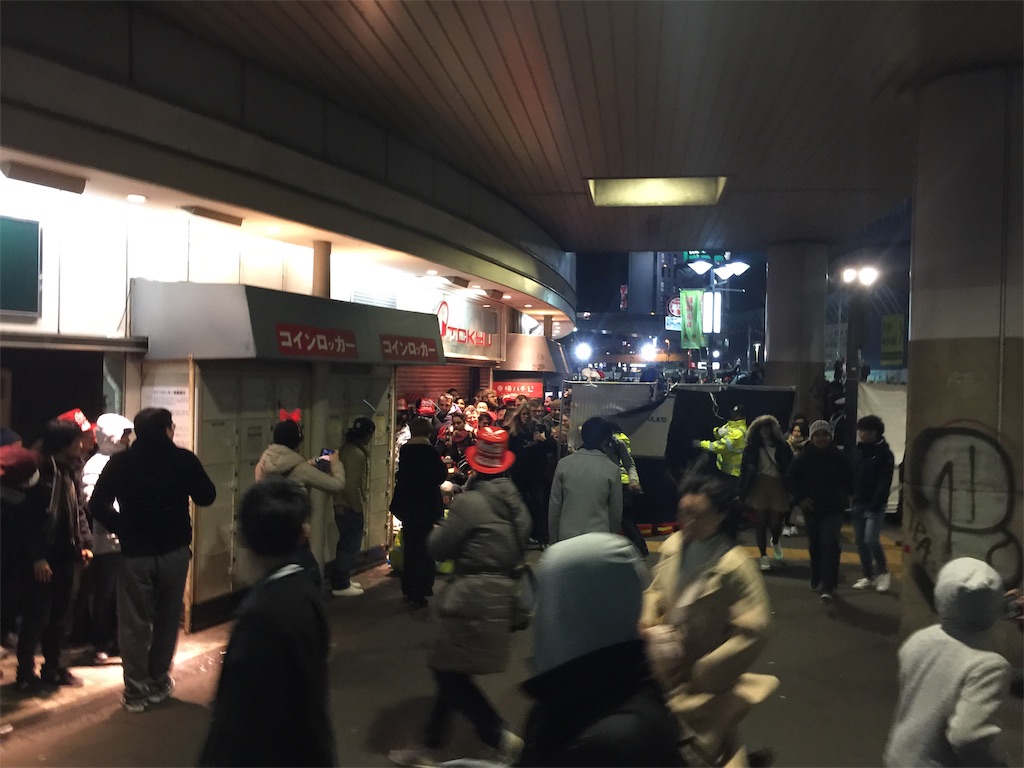 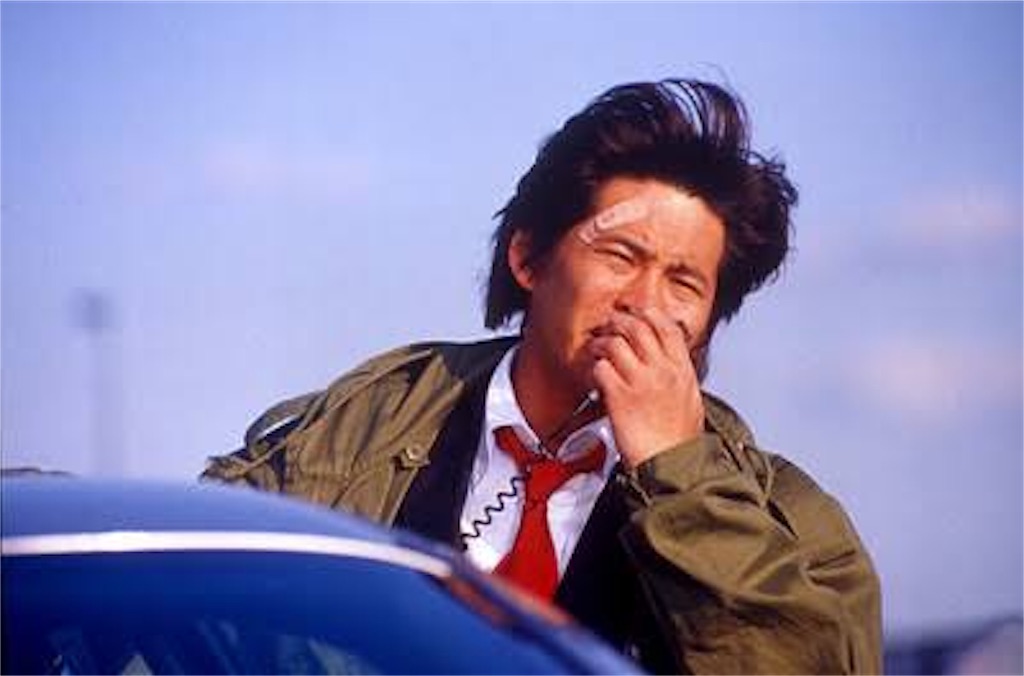 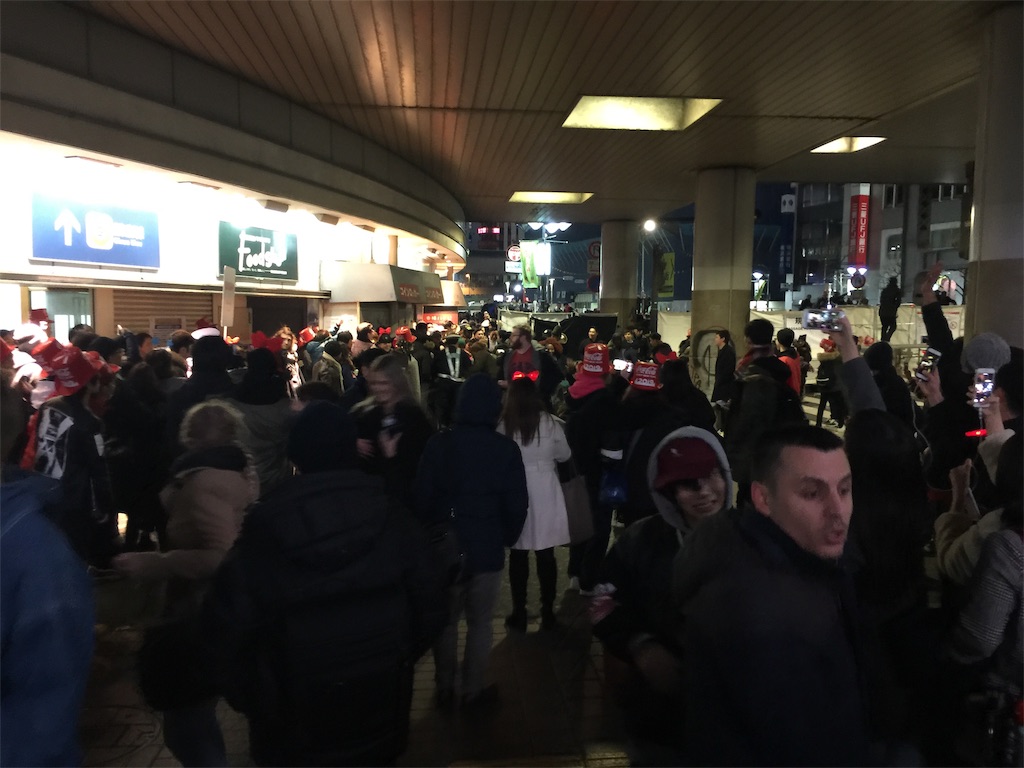 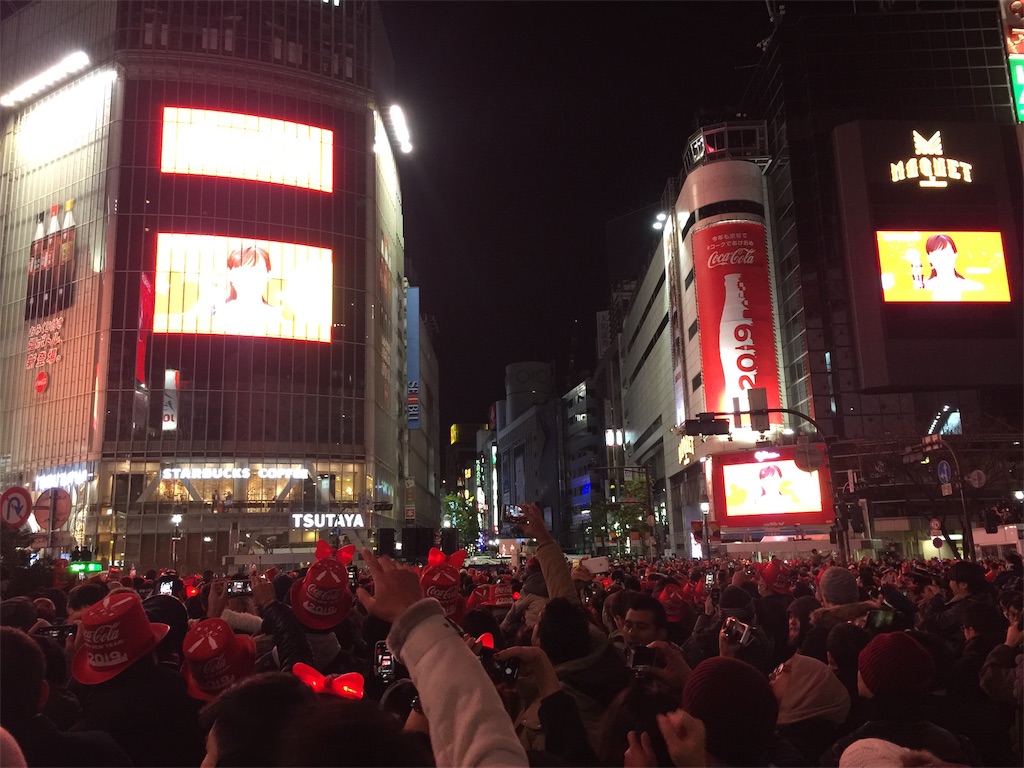 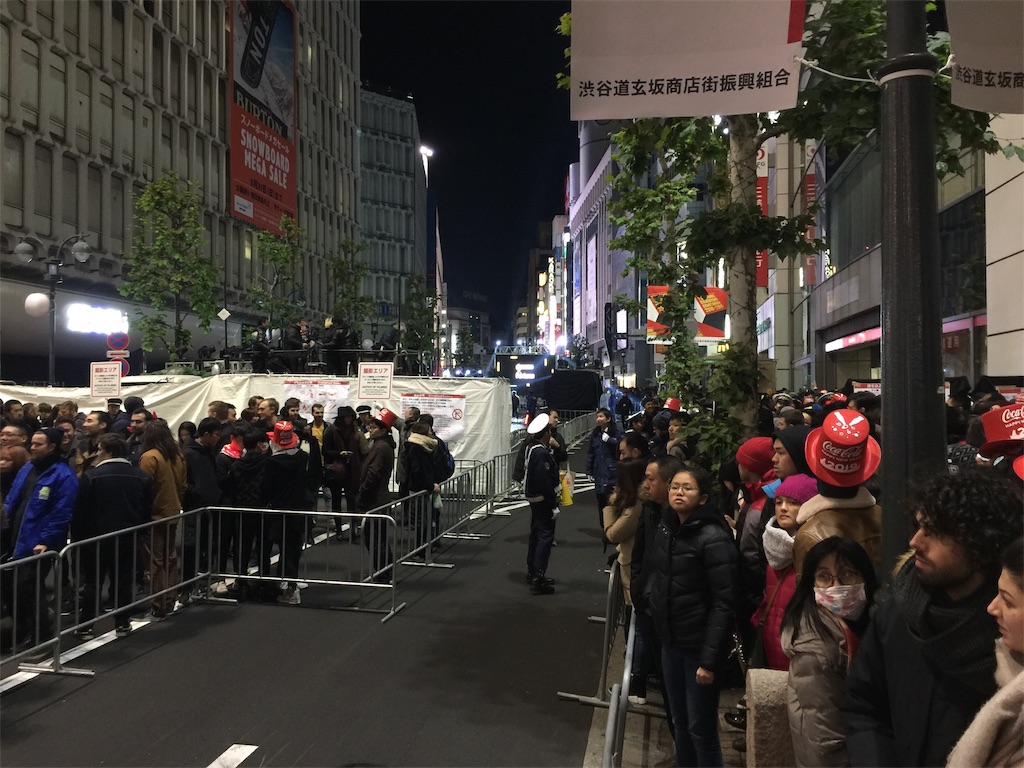 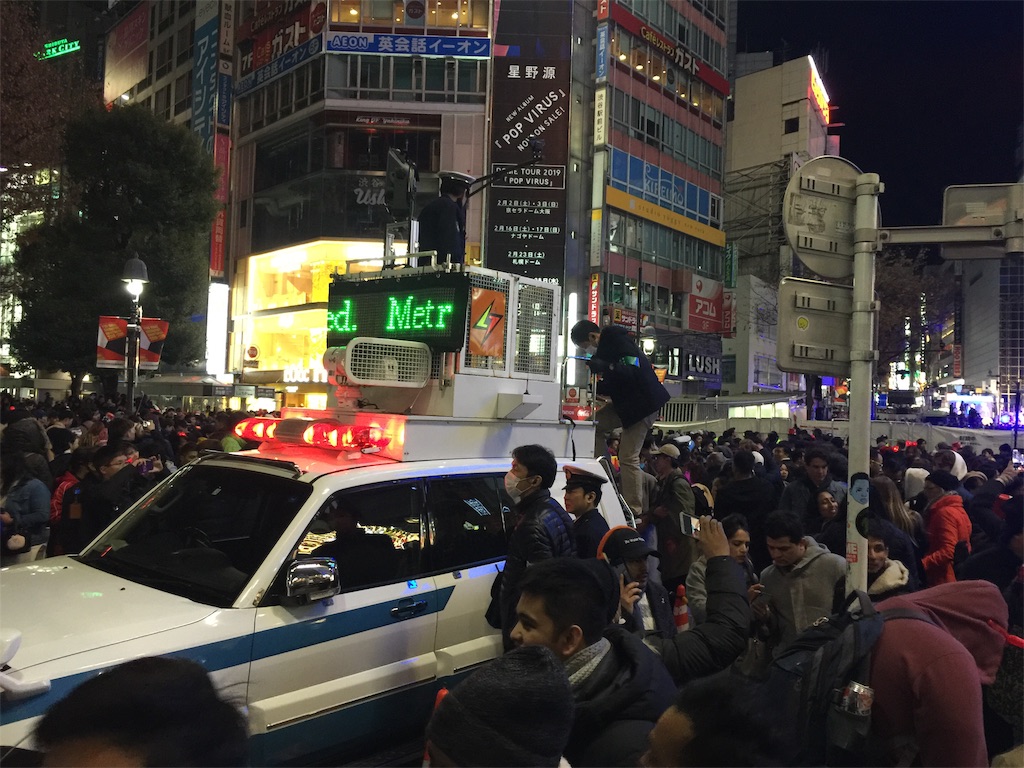 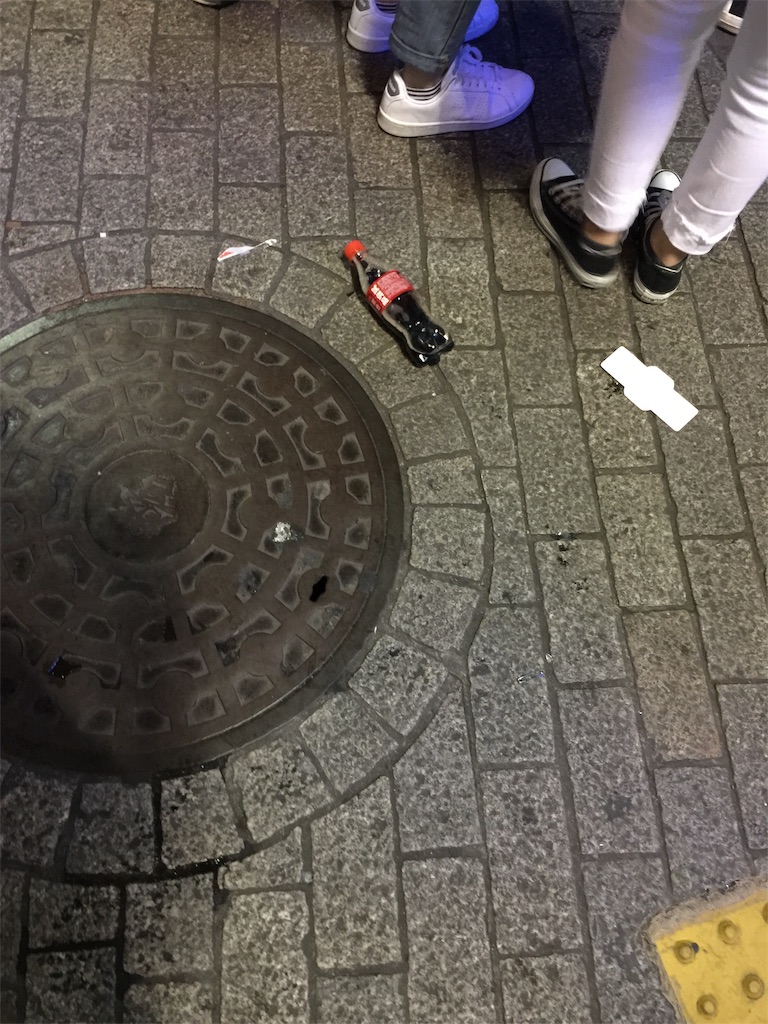 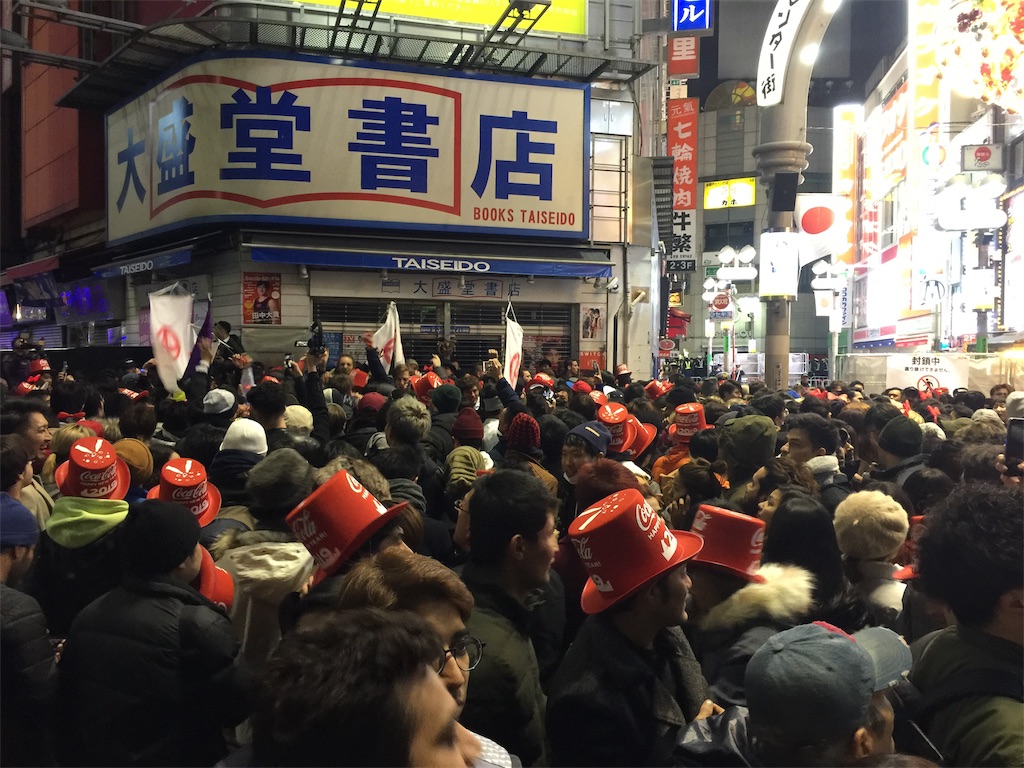 Happy New Year to everyone who got crazy at the end of the Heisei countdown in 2018.

Well, New Year 's Eve in 2018 is alone. Well that is nice. No, it's not good, but well, well, it is not a matter of immediate change as I said it.
And the side workers also rounded up in the morning, and finished doing various things in the bed in the room, the end of the year Heisei countdown countdown No matter what you did ...
Even though I thought about it, I just wanted to chew on countdown alone in the room. However, outside was cold .... When I thought about things, I remembered that when I went to Shibuya during today's day, a lot of barricades were prepared in town.
Then, I was watching the last Shibuya countdown video on YouTube and the net, but it is slightly bought to go to Shibuya. It seems that it is only when the events in the club like the club are done only when it is examined whether it is doing the countdown somewhere in the neighborhood of Shinjuku in the neighborhood quickly. I want to go with it, I do not want to go for it.

Eat the New Year 's soba and tighten it
2018 New Year's Eve hours are 22:30.
Because it's a year-end, Well, for the time being, buckwheat noodles, it is a legitimate opinion. While thinking, I will eat "wakame soba" warm.

Actually, "Why put rice oil in soba?" Has recently been very concerned

I wanted to eat this at Toshikoshi soba and I wanted to close it spectacularly, but since the shutter has already gone at 20:00, it is too early to close the shop because of the soba shop on New Year's Eve.

Such a compromise by Fuji soba while watching the soba rollers far away.

After finishing eating in 3 minutes, I have time to overdo it, so I'm bored, so I try to roam around the cold Shinjuku city.

It is before the old comedy show. If I do something in Shinjuku, it is a place like Capacity, but ... I do not feel anything like it will happen at all. It is regular business.

Before Alta
I was wondering if there were ant regulations or the like, I thought that this is also ant, but Alta's screen is out of power, and popularity is sparse than usual. Nothing happens again here ....
While dressing at the smoking area here, I will go to Shibuya tomorrow and will be ....

The temperature is 4 ° C. It is a climate that wakes up in the costume of Kobayashi Sachiko as it snaps while watching the red and white singing fight entering the kotatsu.

Aim for a scrambled intersection in Shibuya with considerable thought
Although it is the first time for me to go to Shibuya scramble at the event like this, saying, what is it? I thought it was different from what I saw on the news and the net when going to the work place and wanted to go once. I also helped being originally Taiwanese.

Arrived in Shibuya (23: 20)
At this time the Hachiko public ticket gate is closed and the announcement inside the car in the Yamanote line.
Well, until this point, it is already in the supposition, it has been previewed. I thought that he came to Shibuya in the first place, but I did not know whether I could arrive 30 minutes before this scrambled intersection, which is the best aga. I was not confident of being honest. However, it can be felt only in the atmosphere of the site. Anyhow I do not do anything else and I tried it with such a light feeling.

In such circumstances, when the central ticket gate comes out from there at the shortest, the ticket gate is flown in the direction of Inokashira Line, that is, toward Mark City. The staircase and the exit to Hachiko are all blocked.
Take the stairs from the south exit side of Mark City for the time to go to the ground. (Of course Hachiko side is blocking)

Even if it gets off to the ground, all circumstances where the situation goes to the scrambled intersection are all blocked. Not to mention the pedestrian crossing under the passages leading to Inokashira line, of course a little off the block of Espace is blocked. The vicinity is confused by the person who wants to proceed and the person who flows back to look back as bad, and a person who flows backwards. I also thought that it could only loop around from the direction of 109, but even though it is a lot of this person who went around, it is hard to reach Hachiko though even one person action.

In order to stay at the scramble intersection at 24:00, we must wait three hours ago or break through!
Well what do you think of a trumpet and observe the barricade, there is a moment when a person goes in and out even though it is blocked from time. I thought that there is no choice but to break through this already. Although I do not know the circumstances when I was watching the situation for a while, since there was a moment when a barricade opened a bit and a few people entered and going out, when I took a piggyback and attached it was unexpectedly quickly put in.

The entire scrambled intersection was a completely blocked safe area.

Although it seems to have been put in the blockade area more than I thought, there was surprisingly enough room inside the blockade area and it was noticed when I finished it, but the area of ​​the scrambled intersection was blocked completely in all directions, not only around the station It was. In other words, after the blockade, no matter where you left the station, you could go to 109 side or around Miya Masuzaka, but there was no entrance, so you had to break through without having to break through. As there was relatively little room in the inside, it progressed without difficulty to the place where the screen of QFRONT (QUEEN FRONT) looked bad even though it was 30 minutes ago. And there was no flow or movement of people, so safety was kept.

Most were foreigners
I thought about the surroundings, but 8 to 90% of foreigners who were exaggerated were foreigners and all were foreigners. It is a foreign feeling that SHIBUYA is really foreign.
Well I guess it will be Shibuya if it comes to a place where the countdown will get excited quickly as I arrive in Tokyo on New Year's holidays.
Conversely Japanese style is kotatsu because it is red and white, Mikawa Kenichi.
Although I was in the presence of Japanese people, it is true that there were many young men and women who got caught up with the remnant of the country odor remaining.
The customer base is European, Middle Eastern, Asian and multinational and young and old. Well it is not colder than New York .... I have not said that.

Barricade to be broken
Everyone wants to enter inside. I want to make a noise at the scramble intersection. However, the road under the Mark City Passage closest to the front door from the station ticket gate is also completely closed with blanket and blindfolds.
[f: id: gjcc: 20190101043021j: image]

It is human nature that you want to enter if you are told not to enter.
The outer side of the barricade is somewhat calm and it is attached to the Zawas.

Pressure is applied to places where both people and water are the same.
Barricades gradually pushed out

Oh no, it's gonna crash

Scramble intersection, I can not block it! !

Because there was quite a lot of momentum, the scene was scared as it was so noisy, but I did not fall asleep rather than I thought.
The animation is transmitted like this

I can not look down on foreign power. It is not Japan, but they do not have any riots or ordinary things.

2019 happy New Year
And well, Haruya Haruka appears on the monitor and counts down.

In the direction of Seibu there is some perfume-like picture of three people flowing.
However, because it is blockaded, I wanted to go near but I could not move.
Ayase Haruka is good, but I also wanted to see Perfume and countdown.

Seibu side also towards Seibu

DJ Police was a dead language? Is not it MC police?
Electric bulletin board also supports English

A bottle of cola that is thrown away by side
I understand that it is unpleasant shit and I do not feel like drinking.
Well Japanese style is hot sweet sake ....

Center town, of course the end of here too blocked

Summary
It was mainly Coca - Cola, but CM color was strong. Well I understand the feeling because I am sending out money, is not it hot Georgia or Max coffee? It's too cold and the cola itself is too bad seasonal compatibility. On the other hand, Nintendo's Super Mario is compatible as a screen content, is not it?
After wait until the countdown CM image repeats all the time, after the countdown it was light mode of fireflies before I had already thirty minutes before it was a return mode. It was an unexpected assassination. It would have been nice if anyone could call me a major at a secret and have a mini live, but if I wanted to see that kind of thing it would be a case to count down live going to the box.
Well, in consequence it was more interesting for those who came to the scene than in the rooms or family-friendly TVs to see them barely.

Well, it was surprising that there were a lot of foreigners up to here.
It seems to me that the waves of internationalization have finally come to Japan. Station staff in Shibuya and some police officers are supporting English in English, but it seems that it will be more ambitious next year before the Tokyo Olympic Games so it will not be asked to say that it will not support English more than half I guess.
It was such feeling.

I hope this year will be a happy year!